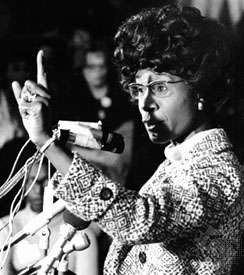 Say her name! Never forget black women who have been in the struggle to change history as we know it.

Before Carol Moseley Braun, before Barack Obama, before Hillary Clinton, Shirley Chisholm was both the first woman and the first African American to run for the nomination of a major party for President of the United States. Already the first black woman to be elected to the United States Congress in 1968, Chisholm made her ambitious attempt to win the White House decades before her country was ready for her, garnering just 152 delegate votes at the Democratic National Convention.

Shirley Chisholm's celebrated win on election night, Nov. 5, 1968, still resonates with today's election cycle, 50 years later. She became the first black woman ever elected to the U.S. House of Representatives. Over the years, her victory is often cited as inspiration for women running for public office.

This election season has been nicknamed "The Year of the Woman" because a record number of women have run and won seats in national and statewide races. 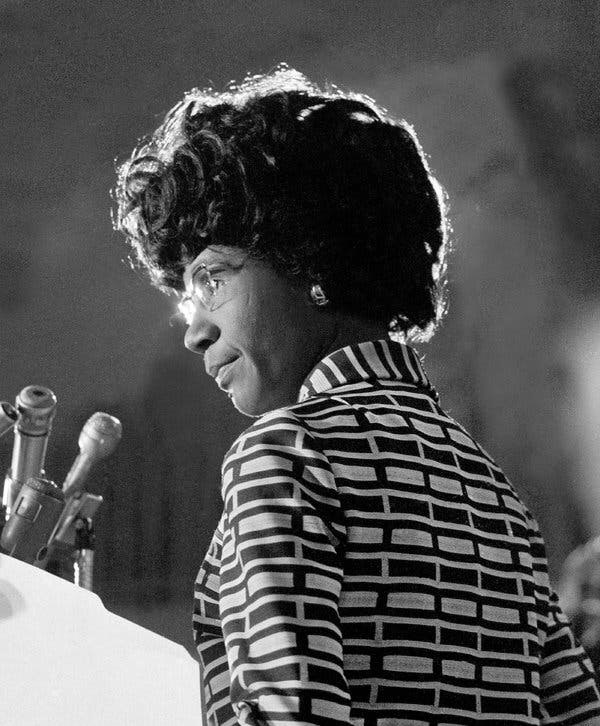 In 1968, Chisholm defeated James Farmer for New York's 14th Congressional District. She was a New York State assemblywoman, elected in 1964 after leaving behind a career in education, first as a nursery school teacher and later a consultant to New York City's Division of Day Care. Farmer, a black man and civil rights leader, ran as a Republican.

The reapportioned 12th Congressional District was largely made up of Brooklyn's Bedford-Stuyvesant community and a few other parts of the borough. Bed-Stuy's residents were mostly African-American and Puerto Rican. It was also Chisholm's home.

Chisholm labeled Farmer "an outsider" during the campaign, because he lived in Manhattan. Among her tactics, she spoke in Spanish to Spanish speakers, a language she had developed fluency in as a schoolteacher. She took her campaign to the streets, literally, riding on a truck with a loudspeaker. Making multiple stops, she regularly kicked off her remarks by saying, "This is Fighting Shirley Chisholm."

The contest between two black candidates garnered little media attention outside Brooklyn. In Susan Brownmiller's 1970 biography of Chisholm, she described the candidate as distraught over the lack of coverage. Chisholm was concerned that only The Amsterdam News, a black newspaper, seemed interested in covering her near the end of the campaign.

But when the final votes were tallied, voters chose Chisholm by better than a 2-to-1 margin over Farmer.

Her victory remarks from the evening are hard to come by. But NPR recently found a recording held by the New York Public Library.

"My dear friends, tonight is a very important night," she told her supporters, "not so much for me, but for you, the people of this community.

"After many years of struggle and sacrifices on the part of several of you here this evening, we have at long last been able to elect today a voice that shall be your voice in the halls of the United States Congress."

Within a couple weeks of the election, a national black weekly, Jet magazine, put Chisholm on the cover. It wasn't until several months later, when she was a sworn-in member of Congress, that the country began to pay closer attention. In February 1969, Ebony magazine did a cover story. Later still, she was filmed on the steps of the U.S. Capitol by an NBC News camera crew, answering questions from visiting Brooklyn students from her district. 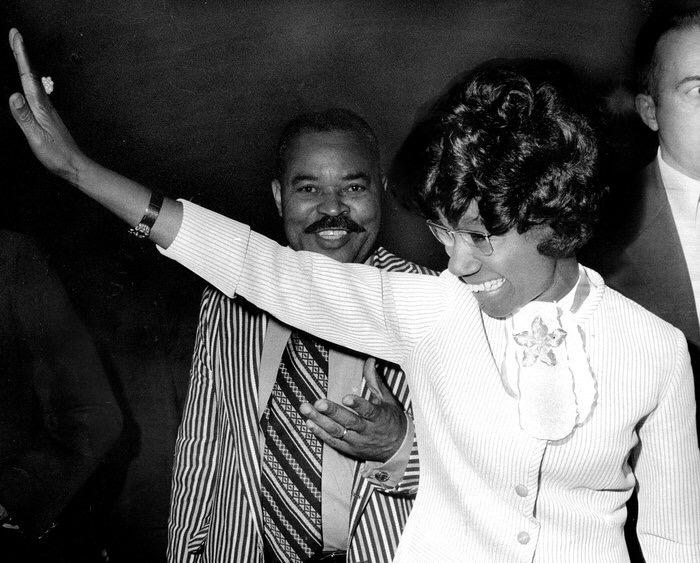 In the NBC documentary The Irrepressible Shirley Chisholm, a black teenager asks her, "How do you feel being the first black woman in the House of Representatives?"

"I have mixed feelings," Chisholm begins, as she looks at the girl along with her classmates.

"First of all, I'm very glad to make history in this country being the first black woman, [but] I don't get terribly excited about it."

In 2003, some 20 years after Chisholm left Congress, Tavis Smiley asked her which had been a bigger obstacle during her career, being black or being a woman?

"I met far more discrimination being a woman than being black when I moved out into the political arena," she said. "All kinds of meetings and all kinds of groups got together in order to stop me from moving out [into politics]. Because I was very outspoken and very articulate and didn't take guff off anybody."

From assemblywoman to congresswoman

Once in Congress, she refused to be sidelined. She fought for Head Start, an early education program begun under President Lyndon Johnson. During her seven terms in office, she co-founded the Congressional Black Caucus, advocated for the Equal Rights Amendment and supported the 1972 Title IX amendment aimed at ending discrimination against women in federally funded education and sports programs.

She demanded to be put into positions more relevant to the needs of her constituents back home. She became part of the Veterans Affairs committee. Within three years, she would move on to the Education and Labor Committee.

"There are people in our country's history who don't look left or right, they just look straight ahead," Obama said. "And Shirley Chisholm is one of those people."

At the ceremony, Obama told the story of Chisholm's early battles to be taken seriously in Congress.

"When Shirley was assigned to the House Agriculture Committee despite the fact that her district was from New York City, she said, 'Apparently all they know in Washington about Brooklyn was a tree grew there.' "

Retelling her story drew laughs, in part because it encapsulated Chisholm's sharp sense of humor and clarity.

In 1972, Chisholm made another history-making move.

She ran for the Democratic Party's nomination for president. Her dynamic run proved a qualified woman and person of color should and could be taken seriously for the high office.

In the 2004 documentary Chisholm '72: Unbought and Unbossed, filmmaker Shola Lynch chronicles Chisholm's presidential campaign and includes interviews with Chisholm reflecting on her life in public office.

During the film, Chisholm talks frankly about her legacy.

"I'd like them to say that Shirley Chisholm had guts," she said.

The 2018 midterms and Chisholm's legacy

Fifty years and one day after Chisholm's historic 1968 win, Lauren Underwood, from Naperville, Ill., became the first African-American woman to represent her district in Congress. Underwood, like Ayanna Pressley, the first black woman elected to Congress from Massachusetts, cites Chisholm as an inspiration. Likewise, Stacey Abrams, the black candidate who ran for governor of Georgia this year, says she is proud to be part of Chisholm's legacy.

Wow what a Mogul! 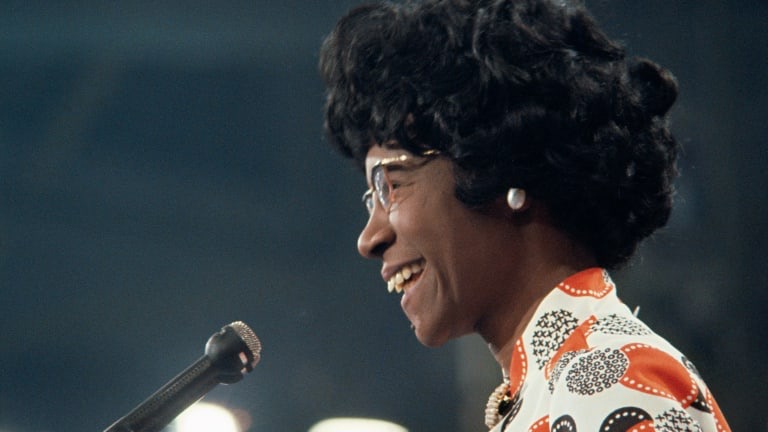